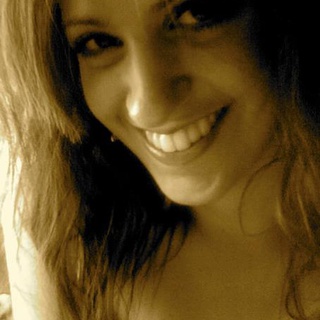 Hi there, I’m Jordan: a twenty-something, Midwestern-native living in (and continually exploring) San Francisco. I’ve dropped my anchor down in California for now, but something in me tells me that I’m ultimately sailing through on my way to who knows where, that my deepest roots will be watered and cultivated somewhere else. Indeed, I’m from somewhere else. I come from an Italian-Uruguayan, third-generation, Brooklyn-born mother, and a Syrian, Pennsylvania-born father, with fragments of family still in the Midwest and on the East Coast.

I remember the suburban Chicago house I grew up in with its grasscloth walls leading into a kitchen washed with bright spring sunlight. I can see my father’s mother, on one of her few visits to our house, sitting on the floor kneading pita bread before setting it out in the afternoon sun to begin its trademark rise. I remember sweltering Illinois summer days where my sister and I would swim for hours before heading into our mother’s oldest sister’s house for a family dinner. I loved the days leading up to Christmas dinner, when my aunts would set up a culinary assembly line—a sort of lasagna-and-struffoli factory. Everything was communal then. I remember Sunday masses followed by brunches where my mother would drink a mostly-cream cup of coffee, topping it off with a puff of the homemade whipped cream that was intended to top off the café’s pies. I have a million little pieces of nostalgia from those days of my Illinois youth, and those days seem like more than one lifetime ago sometimes.

My story really starts in the much-more-recent past, in New York State. After spending three and a half years as a Michigan State Spartan, I left the Mitten to head back to Illinois. After that, I arrived home to my mother’s new house in northern rural Illinois, about 25 miles from the Wisconsin border. I dawdled there for a while, waitressing at a sushi and Thai spot in town to make a little money and give myself some much-needed structure. The hours were long, the stress was high, the tips were volatile, and my boredom was through the roof. Winter wore off though, and spring brought with it an opportunity that catapulted me into a new beginning, into a life I loved, and into a new East Coast home.

Come May, I moved into a split-level house in Ithaca, New York. I settled easily and steadily into my new, quaint life, and I became acquainted with another layer of myself—one that I can only guess was buried under habits of hustle, performance and early-20s tumult. Exploration and adventure came easy. I was in tune with what was around me. I took in the shocks of color in the wildflower patches that lined the roads, the horses that grazed in the sun that literally sparkled on the lush hills, the wineries, the waterfalls and picturesque woodsy hiking trails that dotted the community. My work fascinated me, my creativity was ignited, solitude was golden, and summer was in full bloom. Life was just good. Plain, simple good.

It was there and in that time that I discovered my deep love and appreciation for food and cooking. People (myself included before this experience) hear New York and automatically conjure up images of the bustling, ambitious, adrenaline-laced city, but the hours of territory to the north and west of the city are not to be overlooked or discounted. The Finger Lakes region in particular is an agricultural mecca, boasting countless dairy, fruit, and vegetable farms, gardens, vineyards and farmers markets. I latched onto the support of local food and farm-to-table meals, and every morning and night was a creative session in the kitchen. On weekends, I headed to my visit family who lived on a neighboring finger lake, and was treated to delicious dinners and mojitos packed with homegrown mint. We’d drink wine and sit on the dock in the cooling evening air watching the sun set over the bluff.

In the middle of that summer, I discovered another layer of myself from which I’d been estranged: family. My father’s family is based in Pennsylvania, not far from where he was born and raised. The oldest of five, he left for Chicago shortly after marrying my mother, and a whole bunch of circumstances and dynamics put a wedge between him and his four siblings. Because of that, I grew up only having met them twice. But once I moved out there, my dad’s middle sister and I got in touch regularly, and right after the Fourth of July, I made the three-hour drive south for a visit. My family took me to dinners at local eateries like the Damascus and the Aladdin. We visited the Syrian grocery store where I stocked up on specialty items to take home. During the days, we noshed on pita bread spread with labneh and olives, and come night time, we’d eat big feasts of family staples: hummus, fattoush salad, spinach pies, stuffed grape leaves and kibbeh nayeh, everything flecked with za’atar. I also gobbled up what I’m sure amounted to several pounds of the mahleb-flavored sweetbread cookies my grandmother would send to my when I was a child. “Sweetbread” as we called it is one of those things that touches my taste buds and stirs memory and feeling; to eat it is an experience for me.

Somehow, life brought me to California, where I'm continuously inspired by the fresh, beautiful food we grow here, the trendy restaurants as well as the hole-in-the-wall eateries, and the eclectic people. Cooking is how I express my creativity: standing over a hot stove or my rustic kitchen table is like an artist standing at the easel with oil-dipped brush in hand. It's where my mind concocts amazing things out of little. It's how I express myself, and I think I am ready to share that expression with others.

It verifies your identity and allows your online reputation to mimic personal references and social networks; i.e. trust. It will also enable you to know which of your friends have attended or will be at ChefsFeed events. Please know, we also hate having information published without your approval.